Your monthly mortgage payment could be lower than you think. 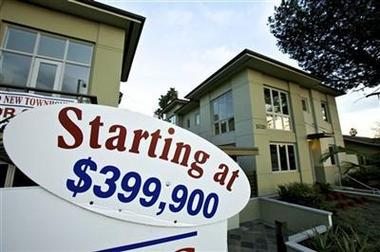 Average U.S. rates on 30-year and 15-year fixed mortgages dropped to record lows again this week, with the 15-year loan dipping below 3 percent for the first time ever.

Low rates have helped brighten the outlook for home sales this year. They have made home-buying and refinancing more attractive to those who can qualify.

Mortgage buyer Freddie Mac said Thursday that the average rate on the 30-year loan fell to 3.75 percent.  That’s down from 3.78 percent last week and the lowest since long-term mortgages began in the 1950s.

The 15-year mortgage, a popular refinancing option, slipped to 2.97 percent. That’s down from 3.04 percent last week.

Rates on the 30-year loan have been below 4 percent since early December. The low rates are a key reason the housing industry is showing modest signs of a recovery this year.

A drop in rates could also provide some help to the economy if more people refinance. When people refinance at lower rates, they pay less interest on their loans and have more money to spend.

In April, sales of both previously occupied homes and new homes rose near two-year highs. Builders are gaining more confidence in the market, breaking ground on more homes and requesting more permits to build single-family homes later this year.

A better job market also has made more people open to buying a home. Employers have added 1 million jobs in the past five months. The unemployment has dropped a full percentage point since August, from 9.1 percent to 8.1 percent in April.

Still, the pace of home sales remains well below healthy levels. Economists say it could be years before the market is fully healed.

Many people are having difficulty qualifying for home loans or can’t afford larger down payments required by banks. Some would-be home buyers are holding off because they fear that home prices could keep falling.

Mortgage rates have been dropping because they tend to track the yield on the 10-year Treasury note, which has fallen this week to a 66-year low. Uncertainty about how Europe will resolve its debt crisis has led investors to buy more Treasury securities, which are considered safe investments. As demand for Treasurys increase, the yield falls.

To calculate average rates, Freddie Mac surveys lenders across the country on Monday through Wednesday of each week.

The average does not include extra fees, known as points, which most borrowers must pay to get the lowest rates. One point equals 1 percent of the loan amount.